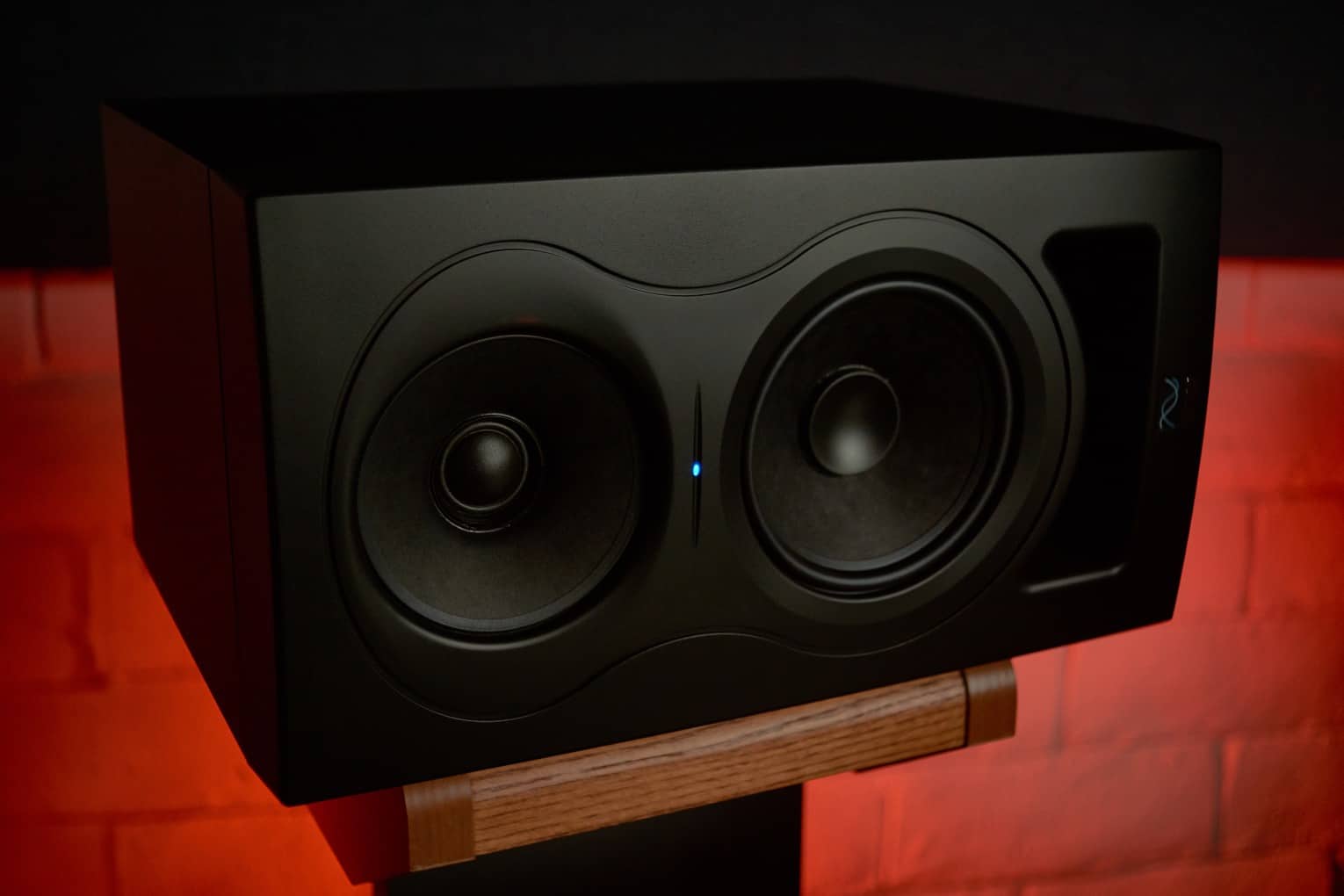 Kali Audio has announced the IN-5, a new 3-way studio monitor with a 5-inch woofer, and concentric 4-Inch midrange and 1-inch tweeter.

The IN-5 fills out Kali’s “Independence” line of 3-way studio monitors, which also includes the larger IN-8. In both systems, the crossover point between the woofer and the concentric

The midrange is profile-optimized for its role as the tweeter’s waveguide, and peak-to-peak excursion is limited to one millimeter, thereby avoiding intermodulation distortion which can be problematic on coaxial designs.

More than just a “little brother” to the IN-8, the IN-5 realizes a year’s worth of research and development as Kali strives to bring more value to their customers. The IN-5 introduces a new amplifier platform that reduces self-noise by 12 dB, and implements a more powerful DSP section, allowing for smoother high frequency response. The cones on the woofer and midrange driver have been updated, with new materials being used for greater reliability.

Nate Baglyos, Kali’s Director of Marketing, says: “We’re proud of the innovation that we’re bringing to these new speakers. This was our first opportunity to build systems with direct user feedback in mind, and we think we’ve done a great job implementing changes and improvements based on that feedback.”

The IN-5 is powered by a 160W Class D amp with 80W going to the woofer, and 40W each going to the midrange and tweeter. Boundary EQ settings, like those found on Kali’s Lone Pine monitors, are accessible on the back of the speaker, along with a quick reference guide printed directly onto the speaker itself.

The IN-5 will be available starting February 15, 2020 in the United States, with worldwide availability soon to follow. MSRP is $349.